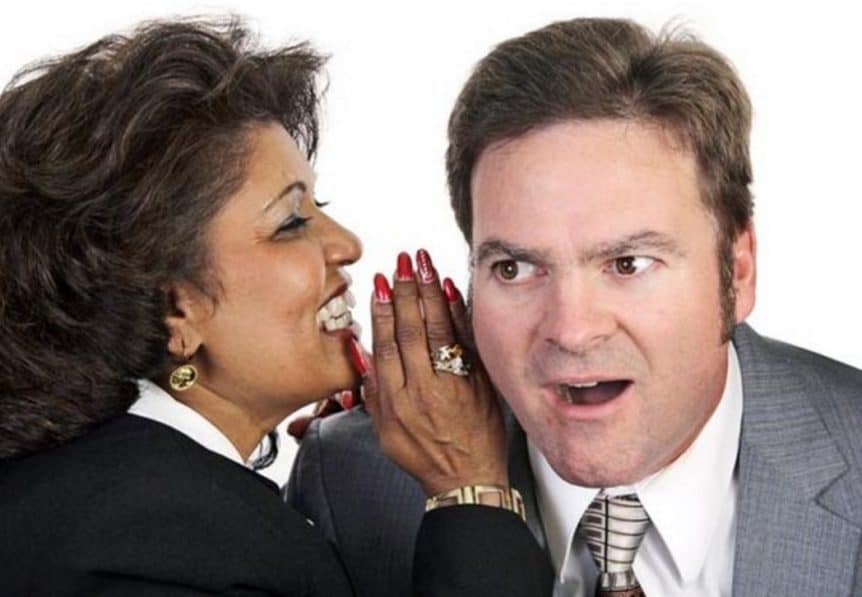 One of the biggest challenges every office faces is ensuring that employees stay consistently productive throughout the course of the day. Of course, one of the biggest obstacles that all offices must overcome is gossip, which distracts employees from the task at hand and slows down productivity. To help combat this issue, we at Lighthouse Translations would like to offer these four tips on how to prevent office gossip from slowing productivity.

If you want to discourage office gossip, then the managers and authority figures in the office need to lead by example and not take part in any gossip. If the boss is involved in gossip, it signals to everyone else in the office that it’s okay for them to waste time with gossip and idle chitchat. You don’t always have to say something about not permitting gossip; sometimes it’s enough for the leader of the office to refrain from getting involved, which shows everyone else around him or her that everyone should only be discussing business matters between 9 and 5.

If office gossip is a problem, there’s usually one person at the center of everything. When you locate the gossip ringleader in the office, then quietly confront him or her and let them know that such things are not acceptable and that the company does not appreciate the time wasted on office gossip. You don’t need to sound angry or threatening when you deliver the message, just calmly but firmly tell that person to minimize the amount of time they spend gossiping. If you can cut off the gossip at the source, it will go a long way towards solving the problem.

You don’t want to make a big deal out of office gossip, but you need to have an official stance against it. For instance, if you hold a meeting and tell all your employees not to waste time on gossip, they’ll think that they’re being treated like children and won’t take kindly to such an authoritative stance, and they’ll likely continue to gossip just to spite management, which now looks like the enemy. Instead, put an official policy against gossip in the employee handbook or some kind of organizational document that each employee agrees to when they get hired. When necessary, simply give employees a subtle reminder of this policy; it’s non-confrontational and will remind employees that they’re in the office to do their work, not gossip.

Creating a happy office is the best way to create an office that’s free of gossip. A lot of employees engage in gossip either out of boredom or discontent with either their job or their company, so do something about it. Make sure that employees feel respected and that the work they do matters, and they will be more likely to focus on their work, feel content while at the office, and not want to waste time with useless gossip.