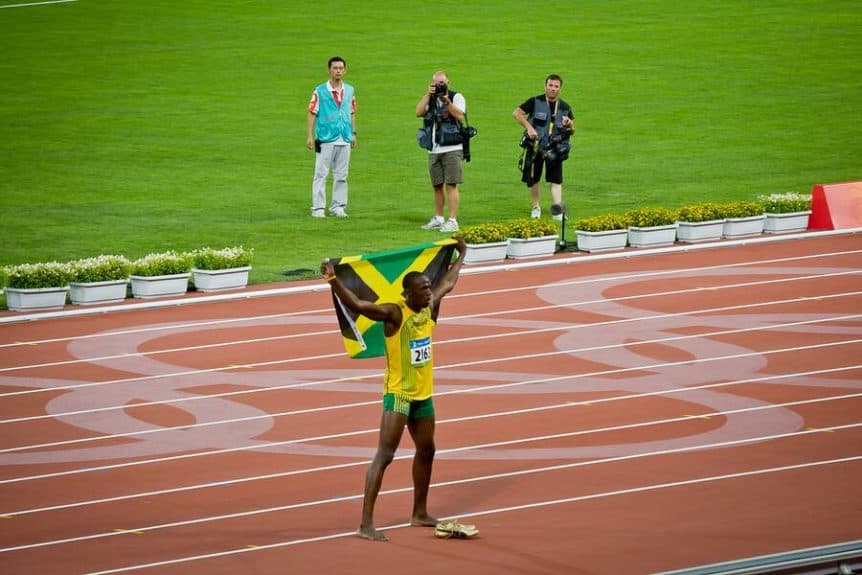 The 2016 Summer Olympics in Rio de Janeiro have come to an end. We, the staff at Lighthouse, loved watching the games. We’re not sad that the games are over, we’re happy because they happened. As expected, the medal count was dominated by the world’s largest nations like the United States and China. However they didn’t win every medal, as plenty of smaller countries also had their moment of Olympic glory, and we wanted to take some time to recognize and celebrate the accomplishments of some of the surprise victories during the Rio games.

You can’t talk about the Summer Olympics without mentioning Jamaica, specifically runner Usain Bolt, who was arguably the most impressive athlete at the games. The Jamaican team took home 11 medals, including six gold, led by Bolt’s wins in the 100 and 200 meter races, as well as his heroics in the 4×100 relay. Not to be outdone, Elaine Thompson also took home gold in the women’s 100 and 200 meter races, while also helping the women’s 4×100 relay team earn a silver medal. Both the men’s and women 4×400 relay teams also won silver, as Jamaica  stood out on the world stage during track events.

Somewhat overshadowed by their Brazilian neighbors serving as the host nation, the Argentine Olympic team won four medals. The Argentinian athletes represented their home continent well, as South America hosted the Olympics for the first time ever. The men’s field hockey team was the highlight for Argentina, finishing third in its group during pool play only to catch fire during the knockout stage and beat Belgium 4-2 in the gold-medal match. The sailing tandem of Santiago Lange and Cecilia Carranza Saroli also won a gold medal, as did judo master Paula Pareto.

Cuba took home 11 medals from the Rio games, matching Jamaica as the most among Caribbean nations. The largest island in the Caribbean produced a trio of gold medal champions in men’s boxing, as Julio Cesar La Cruz, Robeisy Ramirez, and Arlen Lopez each won their weight class. A pair of men’s wrestlers, Ismael Borer and Mijain Lopez, also took gold back home to Cuba. There were also two silver medalists and four bronze medalists who hailed from Cuba, including a trio of bronze-worthy boxers.

The tiny nation of the Bahamas, home to less than 400,000 people, sent 28 athletes to the games, with two going home with medals in hand. Runner Shaunae Miller wore the Bahamian flag at the opening ceremony and then proceeded to take home the country’s only gold medal, winning the 400 meters race. If you didn’t see it, you missed one of the most iconic moments of the 2016 Olympics, as Miller dove across the finish line to win by a margin of 0.07 seconds. The men’s 4×400 relay team also left with a medal, winning bronze.

The U.S. protectorate, Puerto Rico, sent its own contingent of 40 athletes to the Olympics, with Monica Puig taking home Puerto Rico’s first ever Olympic gold medal. Puig defeated some of the best tennis players in the world to take home the gold for women’s tennis singles, becoming the first participant from a Latin American country to win gold in tennis singles. It was a truly great accomplishment for her and all of Puerto Rico.