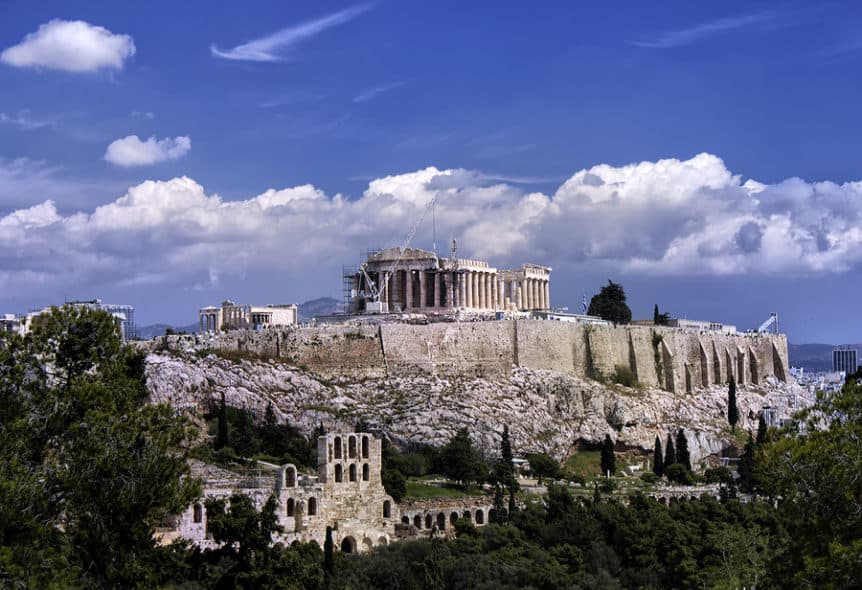 The Olympic Games are here again. Yes, there’s been some controversy surrounding the 2016 Olympics in Rio de Janeiro, Brazil, but here at Lighthouse we’re not going to let that dampen our Olympic spirit. Nothing gets us more excited than the coming together of countries, cultures, and languages in one massive celebration. Our excitement for the 2016 games also got us thinking about the rich history of the Olympics, dating all the way back to ancient Greece.

Written evidence of the Olympics dates all the way back to 776 B.C. in ancient Greece. At that time, there was only won event: a 192 meter race called the stade, which is how we got the word stadium. The race was won by a cook named Coroebus, who is the first Olympic winner in recorded history. However, it’s widely believed by historians that the games existed long before that. Those games were part of a religious festival honoring the greek god Zeus and named in honor of their location, Olympia, which is located on the Peloponnese peninsula in southern Greece. Like today’s Olympics, the games were held every four years, which actually prompted many to track time in four-year intervals called Olympiads.

The ancient Olympic games were never the same after Greece was conquered by the Roman Empire in the 2nd century B.C. While the Olympics continued, the games lost much of what made them special after the Romans took over control. Eventually, the Olympics were called off entirely. In 393 A.D., Emperor Theodosius banned the games on the basis that they were a “pagan” ritual.

The Olympics made a triumphant return in modern times in 1896. Fittingly, the first modern games were hosted in Athens, Greece. The 1896 games saw only male participants from a mere 13 countries, which pales in comparison to the Olympics of today. There were also only 43 events, with most of them involving track & field, gymnastics, swimming, and cycling. The United States was fortunate enough to first host the games for the first time in 1904, as St. Louis acted as the host city for the third version of the modern Olympics.

The Olympics started pick up steam and grow in popularity following the cancellation of the 1916 Olympics in Berlin due to World War I. When the games returned in Antwerp, Belgium in 1920, the Olympics introduced its official flag featuring the five Olympic rings representing the continents of the world. By 1924, the games had grown to include 3,000 athletes, including women, from 44 different nations represented. That year was also the inaugural Winter Olympics, which took place in Chamonix, France. The U.S. would only have to wait until 1932 to host the Winter Games for the first time, with Lake Placid, New York receiving that honor.

The Olympic Games came full circle in a way when Athens hosted the games in 2004, nearly a century after the revival of the modern games. With this year’s games in Rio de Janeiro, the Olympics are being held on the South American continent for the first time ever. Over 10,500 athletes will participate representing 206 countries, including a team of refugee Olympians, as the games continue to bring people together from all walks of life and all corners of the globe.