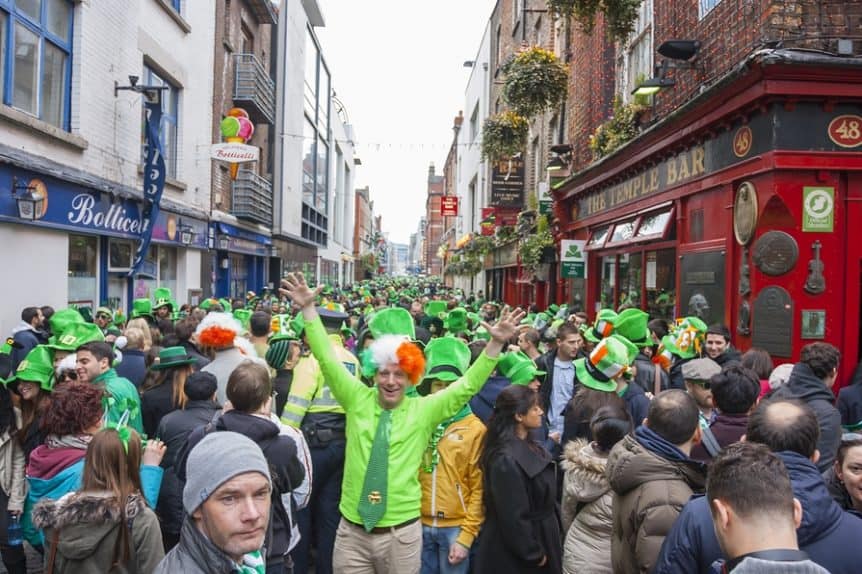 Many of us may see St. Patrick’s Day as solely an Irish holiday, or perhaps just an excuse for young people to drink a little more than usual. But here at Lighthouse Translations, we see it as a holiday that’s celebrated in a wide variety of cultures and a holiday that can transcend different languages. To give you a better idea of what we’re talking about, let’s explore how St. Patrick’s Day is celebrated differently in these five countries.

Obviously, St. Patrick’s Day has a long history in Ireland, but the Irish government took charge of the holiday in the mid 1990s, turning it into a showcase of the country’s culture. Ireland’s first St. Patrick’s Festival was in 1996 and a decade later it had grown into a five-day festival that features concerts, theater performances, and fireworks. There is also a huge emphasis placed on “Irishness,” leading to many Irish speakers appearing in the days leading up to St. Patrick’s Day to address the state of Irish identity and the future of the country. Of course, cities and towns all across Ireland hold their own parades and celebrations to commemorate the day.

Only in Suffolk County, Massachusetts and Savannah, Georgia is St. Patrick’s Day a legal holiday, but that doesn’t stop the entire country from celebrating with a series of parades, religious ceremonies, green colored food and drink, and vibrant displays of Irish pride. Most major cities across the U.S. have their own parades and unique ways of celebrating their Irish heritage. Most people choose to wear green to show their support for the Irish, and cities have been known to dye rivers, canals, and fountains green.

St. Patrick’s Day is huge in Canada, which is a bit surprising for a country with such deep roots in French culture. While not a national holiday as of yet, St. Patrick’s Day is celebrated nation-wide in Canada. For instance, the city of Montreal has celebrated as far back as 1759; Toronto has held a parade every year since 1863; Manitoba has a three-day festival of Irish music and culture; and even Quebec City brought back its St. Patrick’s Day parade in 2010 after going without one for more than eight decades.

As you can imagine, Brazil doesn’t have much of an Irish population, but if there’s one thing Brazilians are great at, it’s celebrating special occasions. St. Patrick’s Day is quickly picking up steam as a holiday that the Brazilian people embrace, as large crowds of people file into their favorite pubs to sing Irish songs, eat food that’s been infused with Irish dishes (like Cabbage Taco), and take part in Irish trivia. St. Patrick’s Day has become so big in Brazil that the Christ the Redeemer statue is now lit in green to mark the holiday.

St. Patrick’s Day is not a national holiday in Spain, but parts of southern Spain have a large Irish population and are filled with Irish pubs, and so the people of Spain are not shy about celebrating and showing off their Irish roots every March 17th. The number of formal parades in Spain is somewhat limited, but dressing in green or even putting together a leprechaun outfit are not out of the ordinary, especially in southern locales. The good news is that the St. Patrick’s Day movement is catching on in Spain and in recent years has become more widely celebrated throughout the country.

Since 2003, Lighthouse Translations has been providing document translations, conference interpretation and interpretation equipment rental  across the US. The Caribbean and Latin America. Contact us for a quote today!