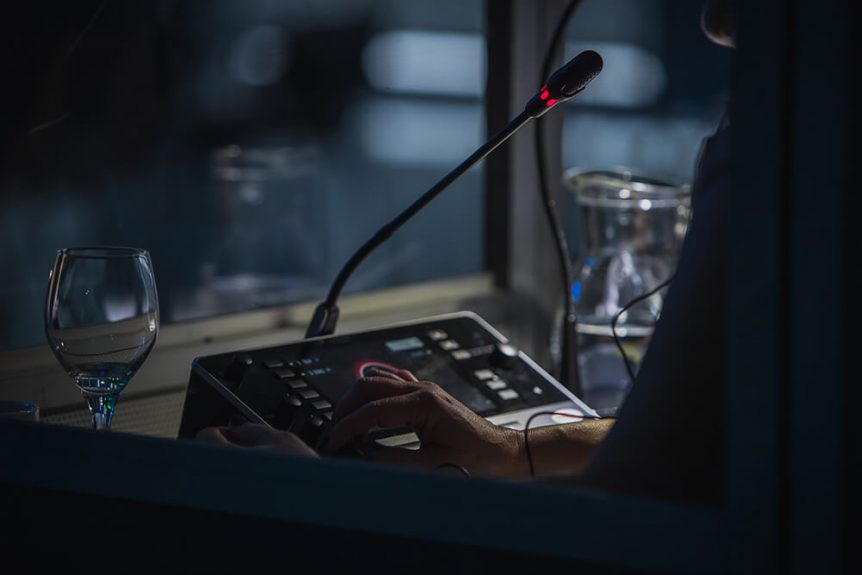 A translator is someone who can orchestrate an accurate and understandable conversation between people who do not share a common language in a real time situation. In a world that’s become a global village, the need for a translator is vital to help bridge the communication gap between individuals who conduct the affairs of governments, corporations, and research, educational and other institutions. In most instances, the translation is needed as quickly as possible during a summit or at a conference as it’s happening, and this is accomplished through the use of a highly skilled interpreter by what is known as the method of simultaneous interpretation.

What Is Simultaneous Translator?

Simultaneous Interpretation / translation is performed after hearing only a few words spoken in one language, is able to speak what is being said to a target audience or individual in another language and do so flawlessly during an ongoing dialogue. This requires immense skill and a large body of information the interpreter can draw from in an instant, which puts this form of interpretation happening simultaneously at the top of the list of the most complex types of human communication that exists. It all occurs literally as the conversation is happening with a lag time of only seconds behind what is being spoken.
The translator works from a soundproof booth and listens to the source speaker through headphones. As the source speaker talks, the Translator communicates the information through a microphone which is relayed to headphones worn by the target listener or listeners. Because the process is particularly stressful and draining, the translator usually works in 30 minutes shifts and may easily translate up to 4,500 words during that one 30-minute time frame.

How Simultaneous Translation Is Done

Consider trying to listen to, absorb and understand what is being spoken by one person (called the “source”) in one language, navigating what may be a thick accent, digesting what could be highly technical information, converting what is being said to another language (called the “target”) and speaking that information mere words behind the dialogue accurately while still listening to the ongoing source speaker.

This is how simultaneous Translation is done. And, although this all may appear to happen “simultaneously”, in actuality the translation is performing complex multi-tasking at a lightening pace. It’s no wonder, with the intensity of focus and concentration involved that it’s been compared to that demanded of air traffic controllers.

Here is how the process works:

All of this continues in an ongoing loop until the translators’ shift ends.
Because of this high level of complexity, the education and training of a simultaneous translation is critical. If any mistakes are made during the translation, incorrect information can be given which could have disastrous results.

A Master’s Degree program in simultaneous translation classically is never less than 2 years for this reason. Translators’ not only need to learn the skills, but must also study several languages, customs, history, politics, economics, current events, science and technology, environmental protection and several other topics. This is also why the number of quality simultaneous translators’ skilled in each language/culture/field combination is limited.

Want to learn more about choosing the right translation services for your next event? Download your free eBook to find the services you need.